Other than hydrocyclone and manifold plugging, improperly sized or operated centrifugal pumps are by far the greatest source of problems encountered with hydrocyclones. Centrifugal pump and piping sizing are critical to efficient hydrocyclone operation. A pressure gauge should be mounted   on the hydrocyclone inlet manifold.

Hydrocyclones should always have a pressure gauge installed on the
inlet to quickly determine whether proper feed head is supplied by the
centrifugal pump. 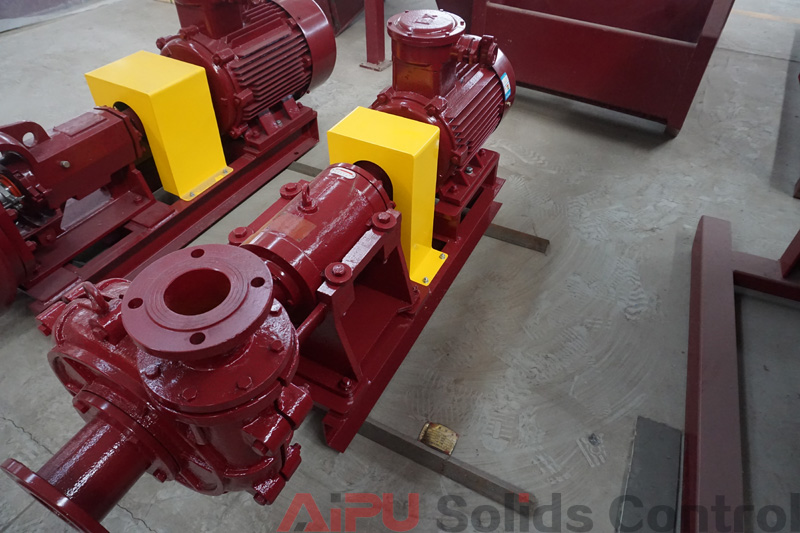 Hydrocyclones are usually mounted in the vertical position but may
be mounted inclined or even horizontally. Cone orientation does not
matter, as the separating force is supplied by the centrifugal pump.

To minimize loss of head along the feed line and backpressure on
the overflow (top) discharge line, keep all lines as short and as straight
as possible with the minimum of pipe fittings, turns, and changes in
elevations. Required pipe diameters are dependent on the flow rate.
Frictional pressure losses need to be minimized while maintaining high
enough flow velocity to keep the pipes clear of any settling. To do this,
the suction lines should have a minimum velocity of 5 ft/sec (1.5 mps)
and a maximum of 9.1 ft/sec (2.73 mps). On the discharge side, the
minimum velocity remains the same, but the maximum velocity can be
increased to 12.1 ft/sec (3.63 mps). The velocity can be calculated by
using the formula:

Operate balanced cones in spray discharge with a central air suction core,
and check cones regularly to ensure that apex discharge is not plugged.
Operate unbalanced cones according to the manufacturer’s instructions.

When balanced cones no longer spray-discharge, either too many
solids are being presented for design processing, or large solids have
plugged the manifold or apex, or the feed pressure is not correct. If feed
pressure is set according to the manufacturer’s recommendations, often
the inability to maintain spray discharge can be traced to the shale
shakers. Check for torn or improperly mounted or tensioned screens,
or open bypass. Otherwise ensure that there are sufficient hydrocyclones
to process the total fluid being circulated by the mud pumps.

Operate hydrocyclones at the recommended feed head. For many
(but not all) hydrocyclones, this is around 75 feet. Efficiency will be
decreased if the feed head is too low. Too high a feed head can cause
plugging problems and will decrease separation efficiency.

Do NOT use the same pump to feed the desilter and the desander.
Each unit should have its own centrifugal pump(s).

Run the desilter continuously while drilling with unweighted mud, and
process at least 100% of the total surface pit volume after beginning a trip.

If the cones continually plug due to trash, install a guard screen with
approximately ½-inch openings to prevent large trash from entering and
plugging the inlets and/or cone apexes. With good crews, this is usually
not necessary.

Regularly check cones for bottom plugging or flooding. Desilter cones
will plug more often than desander cones. Plugged cones may be cleaned
with a welding rod. A flooded cone indicates a partially plugged feed or
a worn cone bottom section.

Between wells or in periods when drilling is interrupted, flush manifolds
with water and examine the inside surfaces of the cones. If there is
significant wear, change those parts.

Hydrocyclones discard absorbed liquid with the drilled solids. Dryness
of discharge solids is a function of the apex opening relative to the
diameter of the vortex finder.

Mud cleaners and/or centrifuges can be used to process the cones’
underflow.

One Reply to “HYDROCYCLONE OPERATING TIPS”