A mud cleaner is a combination of desanders and/or desilters to remove drilled solids from mud. [source]

Mud cleaner used in oilfield means the equipment processing drilling mud. It is combined with desander cone and desilter cone as well as bottom shaker. It is called 2nd and 3rd phase solids control equipment.

Increases in the drill-solids content of muds generally lead to higher filtration rates and increased filter-cake thickness. Thick filter cakes aggravate the problem of differential-pressure sticking and cause increases in the torque and drag on the drill-string. Field observations indicate that filter-cake properties can be controlled by controlling the amount and types of solids in the mud. 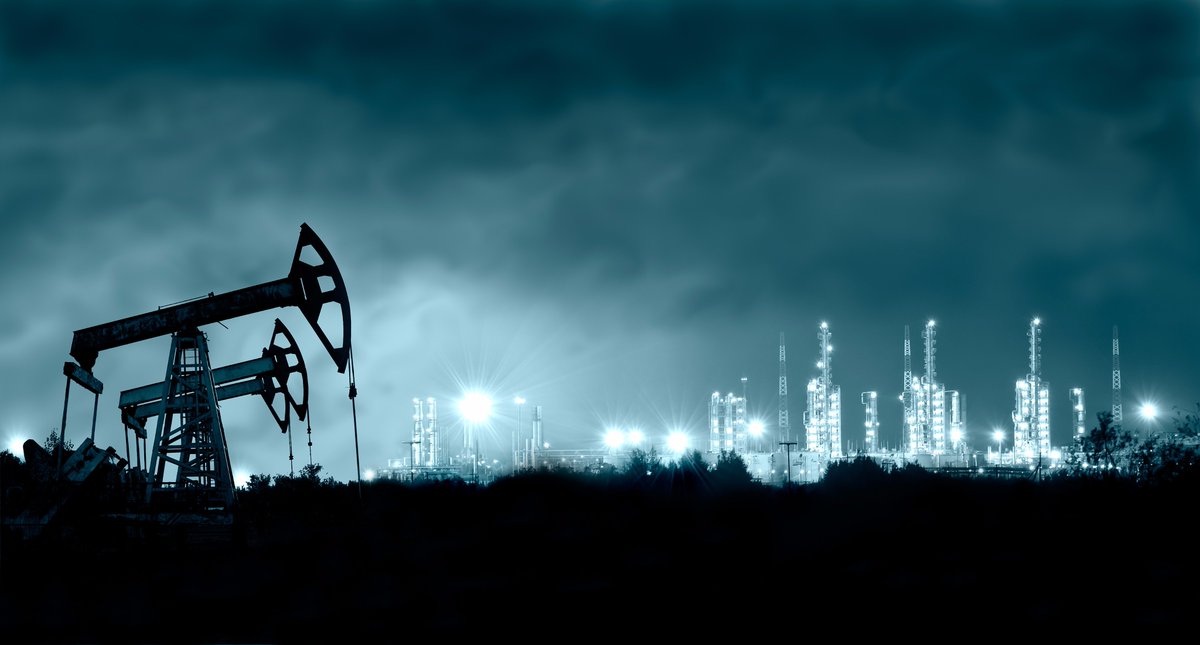 To overcome many of the limitations of current solids removal equipment, A combined ( shale shaker, desander, desilter ) equipment developed for weighted muds. This solids control equipment, called the Mud Cleaner, removes most of the drilled solids while retaining most of the barite and liquid phase of the mud. Unlike most barite-reclaiming or solids-removal equipment normally employed only after the drilled solids have reached an undesirable level, the Mud Cleaner is most effective when used as soon as barite is added to the mud system, and continuously thereafter. Continuous operation removes solids before they disintegrate to silt or clay size, thus preventing drill solids from accumulating in the mud system.

The first screen can be provided by a conventional shale shaker that usually has a screen size between about 10 and 80 mesh. For most wells, shaker screens finer than 80 mesh are not capable of handling mud at normal well circulation rates. This means that mud passing the shale shaker contains large amounts of drilled solids. These solids upset mud properties and are the most difficult to remove. By pumping the mud through desander, desilters and screening the underflow, a large part of these fmes can be removed without appreciable loss of barite.

A sufftcient number of desilters are used to process the entire mud stream. The desilters separate relatively light and fme particles from the heavier and coarser particles. Barite, which is present in the underflow along with drilled solids, is passed to the second screening stage. Most of the bentonite and liquid phase are discharged from the desilter in the effluent stream.

For the second screen to reject additional drilled solids, its screen size must be much finer than the shaker screen, but must be sufftciently large to pass most of.the barite. The second screen is usually about 150 to 200 mesh. The flow rate of the underflow through the second screen is normally only about 10 to 20 percent of the well circulation rate. At such low throughput rates, the problem of screen blinding is not serious.

For best performance, the shaker screen requires special features. A vibrating screen that has performed quite well under field conditions is shown mounted on a portable skid below a bank of 4-in. desilters in Fig. 1. This mud cleaner has a factory-tensioned screen that insures that screen life is not shortened by improper tensioning on the rig. A self-cleaning kit keeps drilled solids from plugging the screen and preventing passage of barite. This kit is a tray of short, plastic cylinders that are bounced against the screen by a 1,800-rpm motor; the rapid agitation keeps the screens clean and operative.

The vibrating screens are adjusted at the factory to screen efftciently typical cyclone underflow material. The number and relative position of the upper and lower motor weights control the motion of the material on the screen surface. The horizontal throw of the material on each bounce is controlled by the number of top motor weights. The vertical amplitude is controlled by the number of bottom weight plates secured to the motor. The angle between the top and the bottom weights controls the spiral pattern on the screen.

When the solids drop onto the screens, the vibration causes them to spiral away from the center. A “rope” of material forms and rotates around the outer perimeter of the screen. As the material passes the discharge spout, some of the rope is removed from the screen.

The Mud cleaner was used on many wells. In these applications, mud weights have ranged from 9.5 to 18.6 ppg. No well using the mud cleaner had a differential-pressure sticking problem. Many of the offset wells had experienced this problem, and the mud cleaner was used primarily to decrease the chance of getting stuck. The mud costs in these wells have varied above and blow the predicted costs.

Maximum surveillance was given to a test of the mud cleaner in a deep well. Samples of the discarded material were taken periodically and the volume flow rates of low-gravity solids and barite were calculated.

The mud cleaner used on deep well included a double-deck shale shaker. Desilter underflow could be treated over either the top deck or the bottom deck; or the the flow could be divined in any proportion across both decks. The test started when barite was added to the mud to bring it to 11ppg to control pressure in a formation at the top of the sequence being penetrated. Highly permeable intervals below this formation were at various stages of depletion. Pressure differentials from the well-bore into the formation were as high as 6,800psig. This is a potentially dangerous differentials-sticking stituation.

Controlling the drill solids in drilling process not only kept the sticking coefficient low, but also reduced the thickness of the mud filter cake — which reduced the width of the drill collar that could be buried. Of course, reducing the buried width reduces the force required to pull pipe free.

Measurements of volumes of drill solids removed from field solids control system indicated that frequently as many solids enter the system from the sides of the hole as from the drilling operation. This effect is particularly vivid when circulating bottoms-up. The shale shaker tends to load with solids, with a significant increase in solids handled by the second (bottoms shaker or fine shaker) screen shaker on the mud cleaner.

When the mud cleaner was put on stream, the mud weight was 10ppg, the solids content was 10 percent, and the sand content was 1 percent by volume. ( This mud contained 8 percent low gravity solids and 2 percent barite.) Plastic viscosity of the mud was 23 cp; the yield point was 16 lb/100 sq ft; high temperature, high pressure water loss was 17.5 cc; API water loss was 9.0 cc; mud cake thickness was 2/32 in.; and cation exchange capacity content was 35 lb/bbl. During this bit run, 11,400 lb of low gravity solids were removed from the solids control system. The 230 – TBC ( tensile bolting cloth) screen on the top deck removed 6,800 lb of low gravity drill solids and 1,300 lb of barite; the 165 -TBC shaker screen on the lower deck removed 4,600 lb of drilling solids but only 300 lb of barite. The 165 and 230 TBC shaker screens correspond to 150 and 200 mesh screen, respectively.

The drill-pipe could be freely moved in and out the hole; a 9-5/8-in. casing was eventually run and tagged bottom below 16,200 ft. Cement was circulated with full returns until the plug bumped.

Use of the Mud Cleaner on this well was continued under close surveillance to total depth. The well eventually required 18.6-ppg mud. More barite was discarded by the fine screen in the heavier mud than in the lightweight muds. The drill-solids concentration, however, remained low. The Mud Cleaner successfully maintained the lowest possible solids at weights up to 18.6 ppg. These tests demonstrated that the Mud Cleaner can be used advantageously to treat mud containing small amounts of barite or substantial amounts of barite.

After this successful test, the design of the Mud Cleaner was simplified, which resulted in a more compact, lighter unit. The simplified design, shown in Fig. 1, includes a shaker screen mounted under eight 4-in. desilter and two 12-in. desander cones.

Although use of the Mud Cleaner has been mostly for drill-solids removal and barite salvage, the salvage of expensive liquid phases, together with barite recovery, can be quite profitable. In oil muds, the salvage of the oil is important, but the decrease in the volume of discard material also decreases the cost of handling the waste.

Removal of drill solids also reduced the frictional force on casing strings so they could be rotated and reciprocated where this procedure was previously impossible. One such well had 300 ft of 13 .6-ppg equivalent pore pressure sand open to a 16.4-ppg mud. The differential pressure in this case was in excess of 2,100 psi. The savings (over the typical cementing costs) were in excess of $100,000 each for two wells in one field where the Mud Cleaner was used.

Operation of the Mud Cleaner And Practical Operating Techniques

Several misconceptions have developed during the life of the Mud Cleaner.

The Mud Cleaner in field use has demonstrated the following benefits:

For best results, the Mud Cleaner should be used to treat a weighted mud continuously to prevent the build up of drill solids.