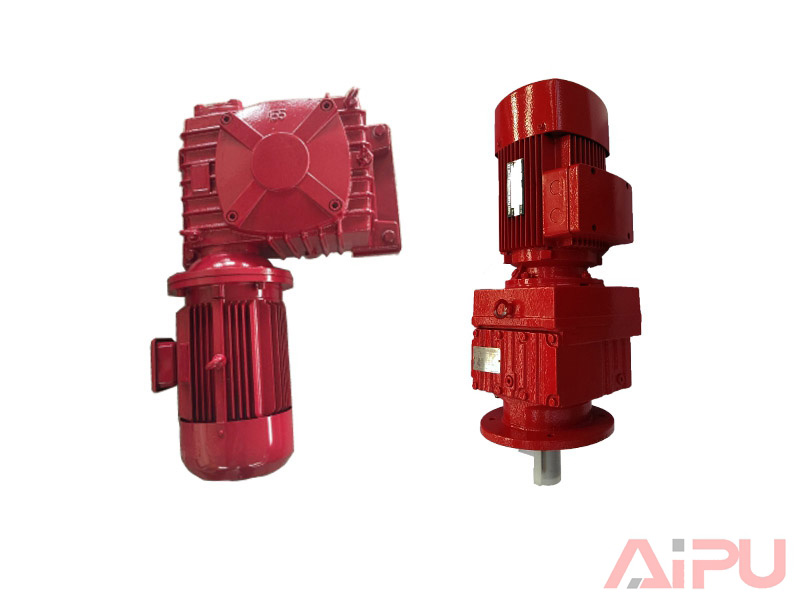 Generally the mud agitator is a mechanical equipment used to agitate different materials widely used in engineering field. In the offshore plants, it is used to mix both drilling mud and bulk. Drilling muds are of high viscosity fluids that composed with oil or water and bulk. Therefore, it is necessary to predict and understand the stabilized mixing performance of agitator because the accurate material property maintained by agitation is essential to stabilize drilling system.

Drilling mud, which is the mixture of oil (or water) and bulk (Barite, Bentonite, Polymers etc.), is used to lubricate the drilling bit, to remove the cutting and to keep the pressure steady inside the drilling hole. Although there are many different types of facilities from which drilling operations take place, the core system of these facilities is drilling system, which is mainly composed of bulk-handling and mud-handling systems. The efficiencies of transportation, mixing in an mud agitator and separation of gas in a separator are important for the performance of these systems.

In the drilling processes and regarding systems, multiphase flows, where gas, water, oil and discrete solid materials are mixed, frequently and easily observed. To increase the performance and guarantee the safety of the whole system, it is of importance to predict and analyze the characteristics of these complicated flows.

There are few of research papers for analyzing the flow field of mud agitator. Numerical simulations in regard to change torque and position of impellor with 45° pitched blades was performed by Chang and Hur. The flow patterns in agitator relating to its geometric shape and power of agitation was investigated by Kumaresan and Joshi which were made through experiments using LDV(Laser Doppler Velocimeter) and numerical method. And the performance of agitation with various size of impellor was studied by Nienow.

In this study, numerical simulation of swirling flow on a mechanical agitator is carried out to investigate the mixing performance of agitator using two commercial softwares, STAR CCM+ ver.8.04 [4] based on Eulerian approach and Particleworks ver.4.5 based on Lagrangian approach. First, for the validation, the water mixing problems by a mechanical agitator is simulated and the results of simulation are compared to those of experiments performed by Nagata et al. . Furthermore, the premixed drilling mud with a constant viscosity is considered as a mixing material, and the comparison of mixing performance with the case of water mixing is discussed.

For STAR-CCM+ based on Eulerian approach, the governing equations for incompressible and viscous flow are the continuity and RaNS (Reynolds-averaged Navier-Stokes) equations as follows:

where, U is the velocity, x the coordinate, t the time, ρ the density, p the pressure, ν the kinematic viscosity, ūiūj the turbulent stress and F the external force.

For Particleworks based on Lagrangian approach, the continuity Eq. (3) is written with respect to the density and the left-hand side of NS Eq. (4) denotes Lagrangian differentiation that is directly calculated by moving particles.

In STAR-CCM+, the governing equations are discretized by FVM(Finite volume method). Hybrid Gauss-LSQ method is adopted for pressure gradient term and 2nd-order upwind scheme for convection term. For solving the turbulent stress in governing equations, Reynolds stress model is used. The freesurface
motion is tracked by VOF(Volume of Fluid) manner [7]. A rotary motion for impellor is directly calculated using a RBM(Rigid Body Motion) model.

In Particleworks, meanwhile, all terms expressed by differential operators in Eqs. (3)~(4) are replaced by the particle interaction models of MPS(Moving Particle Semiimplicit) method proposed by Koshizuka and Oka(1996) [8].
The turbulence model based on LES(Large Eddy Simulation) is adopted to calculate turbulent stress term and the freesurface motion is directly calculated by moving fluid particles.

To validate the present simulation with the experiments performed by Nagata et al. [6], the geometric shape of agitator is identical to the impellor which is one of the models used in the experiments as show in Fig. 1. The details of dimension are summarized in figure of dimention mud tanks. The impellor has 16 blades of flat plate. Impellor of agitator is rotating with 72rpm, and a linear acceleration time is adopted until 2sec.

The diameter of cylindrical tank is 58.5cm and the water is partially filled inside it.

The grid system can be made almost automatically by interior algorithms in STAR-CCM+ ver.8.04.The polyhedral mesh in rotating region and trimmer mesh in other region are generated. Total number of grids used as fine grid is around a million. On the other hand, the particles can also be arranged with a function of “Run preprocess” in Particleworks allowing for complex geometric shapes and adjusting particle distance. Total number of particles used here is around a half of million. More detail information for grids and particles are listed in TABLE 2 and the grid system and particles distribution in initial stage are shown in Fig. 2.

Two commercial softwares, STAR-CCM+ and Particleworks, are used to simulate the rotatory flow around the mud agitator inside a cylindrical tank. The free-surface elevation and magnitude of velocity at specific location are validated with experimental results [6]. The location of probes for measuring magnitude of velocity is given in TABLE 3.

Fig. 3 shows the comparison of the free-surface elevation along the center-plane, in which zero implies the center of the impeller. The height of the free-surface gets higher toward circumference due to the effect of centrifugal force. Both simulation results can represent the similar tendency compare
with the experiment, but seem not to be satisfied in quantitative, especially for the result by Lagrangian approach.

The magnitude of velocity probed at three locations in vertical is illustrated in Fig. 4. The peak values of velocity appear near the end of blades in the experiments, but slightly shifted inside in the simulations. The overall trends and agreements between the experiments and simulations are almost reasonable within 10% error band except for the case at prob3 for z=10cm. It means that the mixture by mud agitator cannot be well made upward in the simulations. The deviation from the experiments seems not to be related directly to the grid convergency, as shown in Fig. 5. The cases for the grid convergence test are classified in TABLE 4. Fig. 6 shows the time evolution of swirling motion due to the rotating of an mud agitator inner tank, in which the contours indicate the magnitude of velocity. As the time increases, the maximum distribution of velocity is generated in horizontal near the end of blades and developed in all directions. When the time becomes over 15sec, the quasi-steady swirling motion respect to the vertical centerline can be observed.

Next, the premixed mud which has the constant viscosity of 23CP and specific gravity of 1.3 is assumed to be fulfilled inside the tank instead of the water used in the previous study. Figs. 7~8 show the comparison of the wave height and the magnitude of velocity along the centerline with the case of the water mixing, respectively. Because the viscosity and density of mud are higher than those of water, the motion of freesurface is less dynamic in case of the mud mixing so that the change of free-surface and magnitude of velocity are relatively smaller. It causes that more time should be needed to reach the
quasi-steady state in rotating and less mixing performance can be expected, as shown in Fig. 9.

In this study, numerical simulation of swirling flow on a mechanical mud agitator was carried out to investigate the mixing performance of agitator using both of Eulerian and Lagrangian approaches. First, the water mixing problems by a mechanical mud agitator was simulated and the results of simulation were validated with those of experiments by Nagata et al. [6]. The overall agreement was reasonable with the deviation within 10% error band. Furthermore, the premixed drilling mud with a constant viscosity was considered as a mixing material, and the comparison of mixing performance with the case of water mixing was discussed. It seems that the higher viscosity and heavier density of mud contribute to the resistance of mud mixing, compared to water mixing.