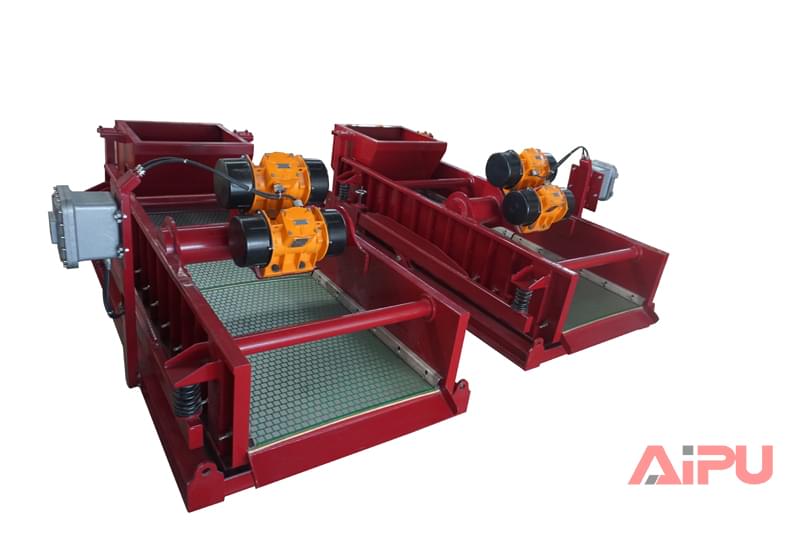 The drilling fluid or “mud” is composed of a finely ground clay base material to which various chemicals and water are added to form a Viscous fluid. This drilling fluid is pumped down the hollow drill pipe, through the drill bit and returned to the Surface in the annular space between the drill pipe and the well bore.

In order for the drilling fluid to be used and reused it must be processed after returning from the well bore to remove the aforementioned solids and maintain its proper density, often expressed as pounds per gallon or “mud weight’, i.e., 10 lb./gal. mud or “10 lb. mud”.

The first step in processing the returned drilling fluid is to pass it through a shale shaker with a screen which removes solids in the 200 to 700 micron size . The range while allowing the drilling fluid to pass through the Screen. This type of shale shaker is referred to as a single deck flow line shale shaker which depending on the type and size of the solids being brought up from the well bore.

Some rigs will be equipped with a double deck Shaker with a coarse mesh screen on top and a finer mesh screen on the bottom. The combination of the two screens will remove solids down to the 200 to 300 micron size range. Current technology dictates most drilling rigs will have two of these double deck Shakers of identical configuration to handle the Volume of drilling fluid required.

Solids, which are discarded from the top of the shaker screen, discharge into a pit or onto a conveyor and the underflow drilling fluid flows into the tank below. The drilling fluid in the tank is stirred with an agitator before being pumped to additional Solids control equipment known as desanders and desilters. The desander will remove abra Sive Solids and Sand particles down to the 60 micron size range. The desilter will then remove solids down to the 20 micron size range.

At this point the underflow from the desander and desilter, which is mostly Solids with a Small amount of drilling fluid is then sent to a third shaker referred to as a drying shaker or mud cleaner. This Shaker has a very fine Screen to allow the drying of the removed solids and recapture of as much of the costly drilling fluid as possible. 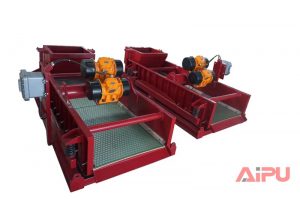 One Reply to “Shale Shaker Brief”