Water-based drilling fluids, regardless of the name assigned to them, usually contain clays, water soluble chemicals (including salts), a pH control additive (hydroxyl source), and one or more organic polymers, surfactants, and deflocculants.

In order for drilling fluid engineering to be a science and not an art, a basic understanding of the chemistry involved is required. This chapter attempts to provide the chemical background to the reactions that take place in the fluid.

By adoption of this approach the engineer will be well equipped to deal with variations in the fluid properties which may occur from time to time. If the basic chemical concepts are well understood, then the causes of any problems can be better identified and dealt with.

The Structure of Matter

The properties and reactions of materials can be related to the basic structures of the atoms and molecules of which they are formed. The difference between water and diesel, bentonite and sand, and so on, arises from their physical and chemical properties which are best understood in these terms. 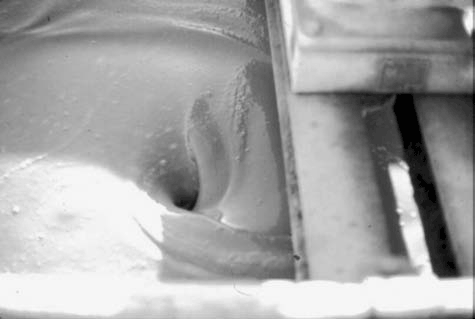 An element is a chemically unique substance which cannot be split up into a simpler chemical form by chemical means. The names of the various elements are usually written as abbreviations to simplify chemical notation. A full list of elements and their symbols is given in Table 1.

Atomic weights quoted are the 1969 values based on carbon 12 and include the IUPAC revision 1971 Values marked * are for the most stable or most common isotopes.

Elements can combine together to form compounds. A compound has different chemical and physical properties than those of the simple mixture of elements from which the compound is formed. Thus hydrogen and oxygen are both gases and remain gases when they are mixed together. However, if they are chemically combined, they form water, which is a liquid. When elements combine together, they do so in a fixed ratio by weight, which always remains constant for one particular compound.

An atom is the smallest particle of an element which can exist and still retain the same chemical properties of that element. Atoms are the basic building bricks of matter from which all things are constructed. They are the smallest units of matter which can undergo chemical change.